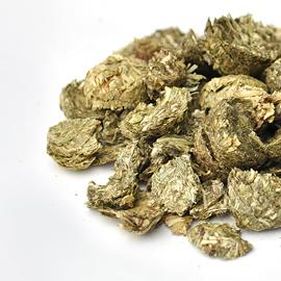 Apart from classic grass pellets, we offer our clients rough grass pieces, which are made using the cold pressing technology. This technology makes it possible to preserve the long plant fibers, vitamins and nutrients, which naturally occur in grasses, as well as their fresh green color and smell. Each piece has an irregular shape and a rough structure, which promotes chewing and guarantees a good digestion and teeth care in rodents and horses. These products are completely grain free, produced without any colorants or preservatives and meet a constantly growing consumer demand on the market.